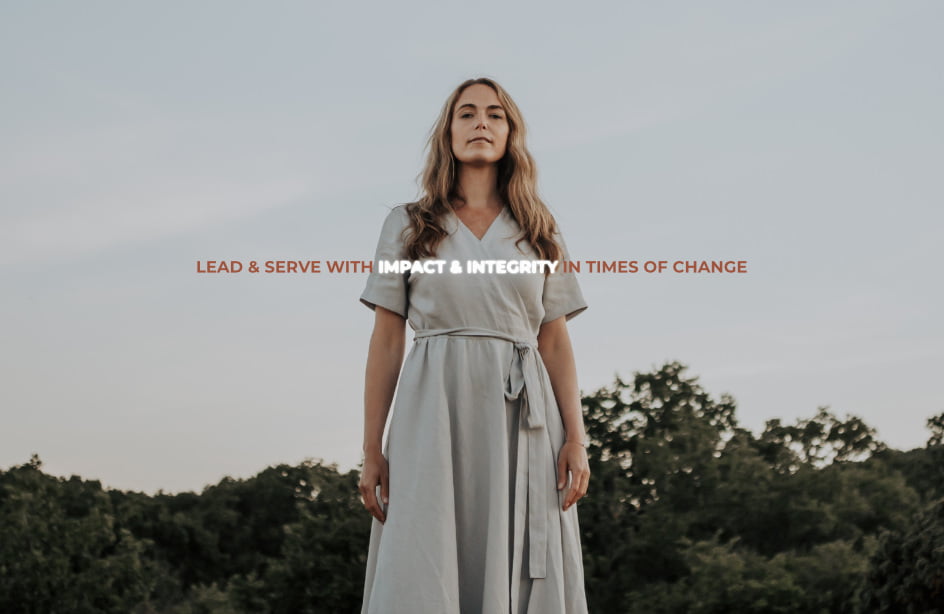 We can’t wait to share all the news with you!

PS.
Your consent is important to us, so you will be sent an email asking you to confirm your subscription.

how to lead with impact & integrity in times of change 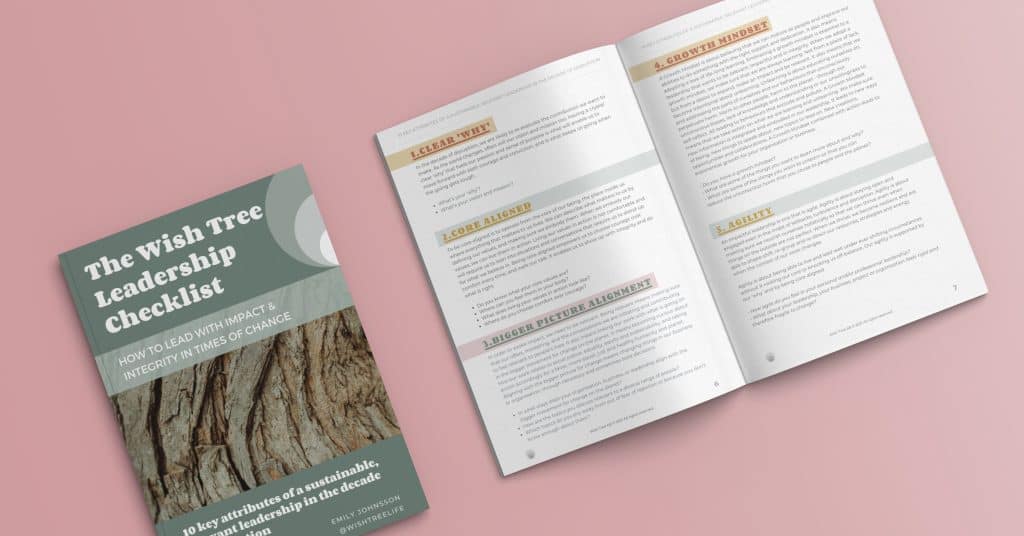 Leadership is a hot topic right now and it can feel overwhelming.

Using our 10 years of experience in personal &amp; professional leadership development, and the latest leadership trends, we have distilled 10 key attributes of a sustainable and relevant leadership in the decade of disruption.

Download and use as a checklist with reflective prompts to strengthen your own or your team’s capacity to show up and evoke impact with integrity in times of change. 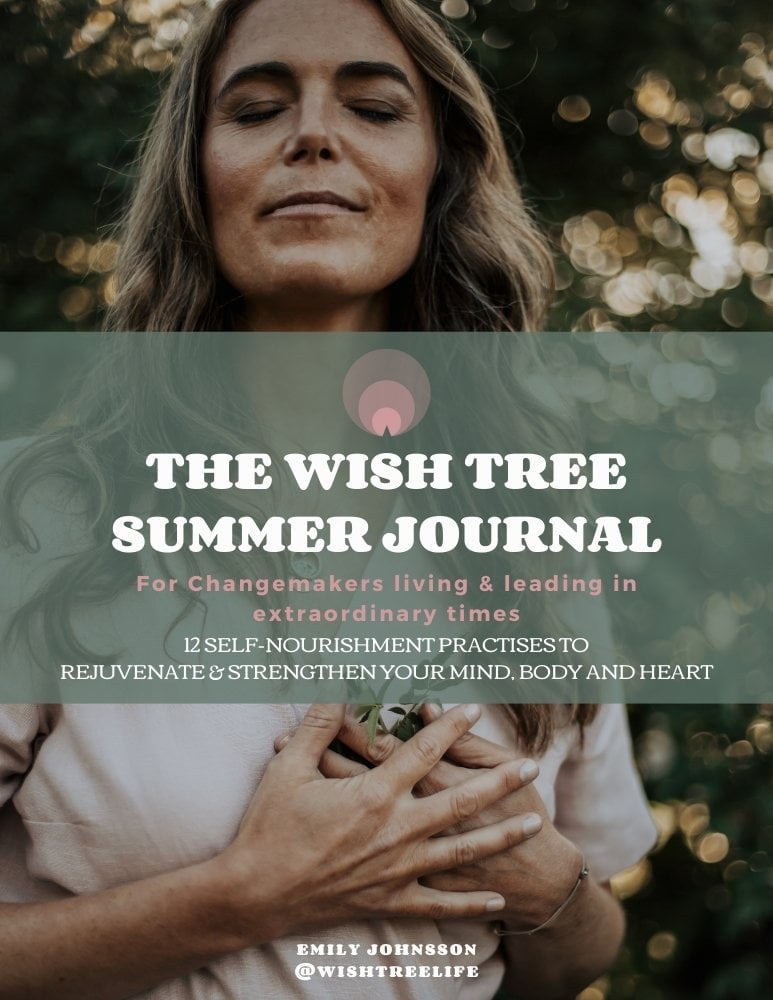 Take some time out this summer to nourish your mind, body and heart.

Emily was born Camden, London, to a Swedish immigrant single mum and spent her first formative years in a highly culturally and ethnically diverse setting. Her first memory of Father Christmas was of him as a Bangladeshi man. Emily’s mum worked with refugee families and in Children’s Homes in inner city London, and since she had no access to child care opportunities, Emily joined her at work. For a while, Emily had an older Black British foster sister too.

Emily moved to Sweden with her mum as child and as a teenager became involved with, and led, antiracism youth work in her local town through her school and council-initiated networks.

Her mum, who was active in the peace-and environmental movement and who had been involved as an ally in the civil rights movement in the US on her travels there,  introduced her to Black feminist and activist writers such as Alice Walker, Toni Morrison and Audre Lord, and actively taught her about white privilege, white supremacy and the truth of colonialism. She was also taught about the importance of learning from Indigenous wisdom keepers in order to heal and evolve as humanity, and to stop climate change.

In contrast, on her father’s side, Emily is of British Colonial descent. Emily’s grandmother was born in Zimbabwe to Scottish sheep-farmers. Her grandfather came from a poor English background but won a scholarship to Cambridge University to study law. As many young British men of his time who sought adventure and travel, Emily’s grandfather joined the colonial service in the final days of the British Empire, and served in several African countries as a high-ranking colonial officer. He spoke Zulu and Emily’s father spoke Swazi and Swahili before being sent to Britain as a  child to attend boarding school.

Although Emily did not grow up with her father or his family, she eventually came to know them and have a relationship with them, which involved taking responsibility for understanding and healing her own familial and ancestral relationship to colonialism and overt white supremacy.

In this process, she came to see, feel and understand first hand and close up, the deeper psychological workings of the system of white supremacy, the colonial mind and its intimate links with narcissism, perfectionism, patriarchy and extractive economies and behaviours.

Between 2003-2015, Emily worked as a learning researcher and Access, Diversity and Inclusion consultant in the Arts & Cultural Sector, deeply rooted in the convention of the rights of the child and the Human Rights Convention. She worked across the U.K and Scandinavia contributing to a number of large scale change projects, self-evaluation initiatives, conferences and trainings such as “Access for All”, “Inspiring Learning for All”, “Belonging – the Voices of London’s Refugees”, “The West Indian Front Room”, “Kultur och Fritid för Alla”, “Vidgat Deltagande”, “In this curriculum I don’t exist”, “In between two worlds – London teenagers’ ideas about Black History, Belonging and being British” to name a few. She worked on the ground with a wide range of marginalised communities as well as with leaders and directors, facilitating necessary and brave conversations challenging the status quo.

Emily has also worked across many cultures and languages around the world from Sri Lanka to South Africa, Costa Rica and India to Romania and Denmark, continuously reflecting on, challenging and healing white saviour tendencies. She has come to observe how white supremacy and racism works differently in different countries depending on context and history.

Emily is a highly skilled coach and space-holder with many years experience of creating safe spaces for accountability, healing, integration and growth to take place.

She is dedicated to her own ongoing learning, healing and unlearning of covert white supremacy. Examples of this are continuous learning from a wide range of anti-racism educators, authors and activists from the UK, Sweden and the USA, programmes such as “Racism- reveal to Heal”, Allyship Activation, Me & White Supremacy and Decolonising Yoga. She is currently reading the Good Ally by Nova Reid and learning from Indigenous wisdom keepers such as Lyla June Johnston and Paninnguaq Nuunu Heilmann, and Intersectional Activists such as Leah Thomas.

This bio has not been written with the intention of centring Emily in the context of Me & White Supremacy, but to transparently share about her background, values, skills and experience in order for you to make a conscious decision to choose her as a space-holder you feel comfortable with, or not.